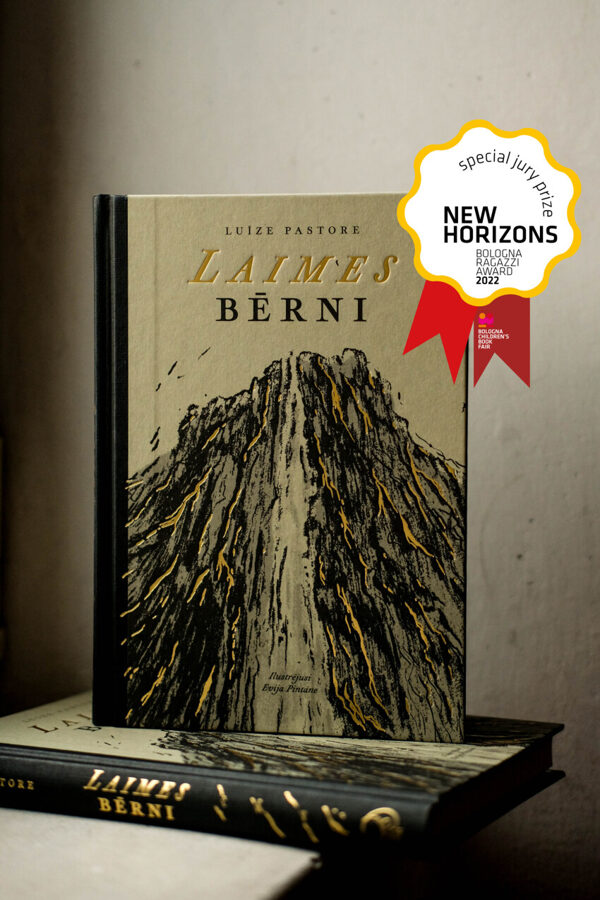 “An embellished cover with gold laminated detailing draws the reader in, plunging us into an adventure set in the Venezuelan jungle. With notes, botanical sketches, and scribblings, this notebook-format volume has us thinking, “is this real?” A beautifully-crafted editorial project, it will also appeal to older readers interested in stories with lots of magnificent drawings.”

Luize Pastore has given her long story a meaningful subtitle: an invented story based on real events.

The book is based on the biographical facts of legendary Latvian traveller and explorer, Aleksandrs Laime (1911-1994), reflected in several works of non-fiction – “Aleksandrs Laime and His Golden River” (1999), Vladislavs Šķepin’s documentary based on Valdis Ābols script ‘’Aleksandrs Laime and the diamonds of the Angel Falls” (2011) and other publications. In 1965, Aleksandrs Laime was proudly “exhibited” at the New York World Expo as the National Celebrity of Venezuela where he stood next to a model of the Angela Falls with a parrot on his shoulder, showing visitors how to sieve for gold and search for diamonds. For thirty years, living as a recluse in a palm leaf hut on Orchid Island, Laime befriended the Pemons and promoted local tourism. He assisted on scientific expeditions and gave interviews to journalists from various countries in which he described his experiences and revelations about those inaccessible mountains harbouring historically significant and somewhat mystical creatures and treasures; revelations in which the boundaries between reality and the extraordinary Latvian’s imagination often merged.

Luīze Pastore’s book is a flight of freedom over Laime’s life and the Venezuelan jungle; conjuring up a breath-taking adventure story which focuses not so much on historical facts, the accuracy of which would be impossible to prove as little that is verifiable is actually known about Laime’s life, but more on the notion of a man’s ability to live in harmony with the jungle, the disastrous consequences of greed and a belief in the impossible. www.lielsmazs.lv